The Basis of Play Therapy Standards

The word competencies is becoming increasingly used in the education, health and social services fields in general and in the psychological professions in particular. Other play therapy professional organisations have also started to talk about competencies. PTI who pioneered the application of a competency framework to play therapy standards and training in 2002 is concerned that a ‘dumbing down’ process has started. Just throw in the word ‘competencies’ in a set of standards and everything will be alright. In the interests of ‘don’t be left out – but don’t be taken in’ we are explaining the development of the application of competencies to play therapy so that are readers may take a fully informed view on this aspect of standards setting.

Who Invented the Competency Model?

In the early 1970s, a Harvard professor David C. McClelland, a distinguished psychologist with a particular interest in motivation and achievement, developed a set of personality tests to identify which attitudes and habits were shared and demonstrated by high achievers. A delegate at one of McClelland’s workshops presented him with a challenge: Could he identify the attitudes and habits of an outstanding candidate so that his agency could begin selecting employees on the basis of more relevant criteria than the screening tests currently being used?

McClelland said ‘yes’. He began by asking for the names of their most out, standing employees. He also asked for the names of people whose jobs were secure but who were in no way outstanding. To find the difference between the two groups, McClelland and his colleague Charles Dailey initiated a series of intensive interviews with every name on their lists. They asked fifty people to describe three incidents where they felt they had performed outstandingly and three where they felt they had really messed up. McClelland and Dailey asked minutely detailed questions to establish a clear picture of what was said, what was done, when and where it all happened, who else was there, and so on. These detailed descriptions enabled them, when analyzing the stories, to find a pattern: what competencies the out’ standing performers had demonstrated that the others hadn’t. Some favorable competencies were far beyond the straightforward management skills that might have been expected.

Interestingly, many of the skills that the panel of experts had identified as crucial to job performance turned out to be irrelevant to the everyday duties of the people interviewed by McClelland and Dailey. To validate his conclusions about which competencies were necessary, McClelland tested them on another group of staff who had been identified as outstanding and a group who fell into the mediocre category. Using psychological tests that had been developed to assess an individual’s degree of social sensitivity, as well as tests for other key competencies, he and Dailey found that the officers identified as outstanding consistently performed very well on such tests, whereas those rated mediocre performed poorly. Thus it became clear that social sensitivity and the other key competencies they had identified were indeed relevant to job performance.

In 1973, McClelland wrote about hiring practices for civil service jobs. He pointed out the incongruity of using standardized psychological and intelligence tests, such as IQ tests and the Minnesota Multiphasic Personality Inventory, for certain jobs. How necessary is it, he asked, for a prospective policeman to be able to spot the correct definition of the word “lexicon”? Does anyone really believe that a talent for finding analogies to words will make someone a good fire, fighter? Yet the tests for civil service positions were typically com, posed of such items. McClelland argued for the use of competency testing in place of standardized tests. As he put it: “If you want to test who will be a good policeman, go find out what a policeman does. Follow him around, make a list of his activities, and sample from that list in screening applicants” (McClelland, 1973, pp. 1-14).

This is exactly our approach to defining competencies for the job of a Play Therapist.

The same recommendation, of course, could have applied to any organisations’ use of standardized tests, which were then designed to predict academic performance rather than performance on the job. In fact, McClelland had chaired a panel of the Social Science Re, search Council that found that less academically successful students were not necessarily poorer performers in life. PTI has also experienced this with some of our students.

Like most good ideas, McClelland’s recommendations were not wholly new. As far back as the 1920s, Frederick Taylor, the father of scientific management, argued that the task of the management scientist was to break down the subject into its component parts, in other words, into competencies, (Raelin and Cooledge, 1996, p. 25). And during the second World War, psychologist John Flanagan developed what he called the critical incident interview, which attempted to identify crucial traits and skills required for successful performance by gathering data on the behavior and observations of people in relevant situations, such as job events, crises, key prob, lems, and the like (Flanagan, 1954, pp. 327-358).

Unlike McClelland’s approach, however, the critical incident technique did not pay attention to the interviewees’ thinking patterns or feelings. It confined itself primarily to behavior that was generated and witnessed by the interviewee and other items deemed significant. But the behavioral approach McClelland used on his initial project, which later became a key step in the process of developing competency models, expanded the focus to include individual experiences and perceptions of events.

From Theory to Practice: Translating Competency Models into Action

In 1973, McClelland founded a company to put his ideas on competency testing into practice. Since that time, the use of competency models has become increasingly widespread. In the past decade alone, thousands: of organizations throughout the world have commissioned competency studies that are used as the basis for decisions about hiring, training, promotion, and other human resource issues. One of the tests of a well defined play therapy competence is its usefulness for all of these functions.

Many different methods of developing competency models have evolved, but the most effective ones share certain characteristics. All of them follow McClelland’s dictate to determine what leads to superior performance and to identify top performers and find out what they do. This can be broken down to two important principles: first, focus on highly successful people without making assumptions about their role, and second, pay attention to what they actually do.

The focus on what people can do rather than what they know has been PTI’s central philosophy on play therapy training for many years.

The methods listed next are current development practices for competency models. The final outcome of them all is essentially the same: identification of behaviours required to successfully perform a given role. The difference is in how you get there.

PTUK’s work, on behalf of PTI, so far has used the Accelerated Competency Systems Method for development and has provided a Generic Model Overlay Method for member organisations for deployment.

We believe that the process used to develop a model must be straightforward and easy to implement. The final product must have immediate, practical application and the commitment and buy, in of those who will be expected to implement or change their behavior based on it. Our approach also stresses the validation of competency models. That is, the development process should include a step to ensure that the behaviors described in the model correlate with effectiveness on the job.

Much of this article is based upon and the references contained in it are from: Lucia, A.Dand Lepsinger, R The Art and Science of Competency Models, San Francisco, Jossey-Bass/Pfeiffer 1999 ISBN 0-7879-4602-8 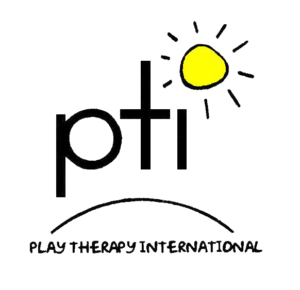